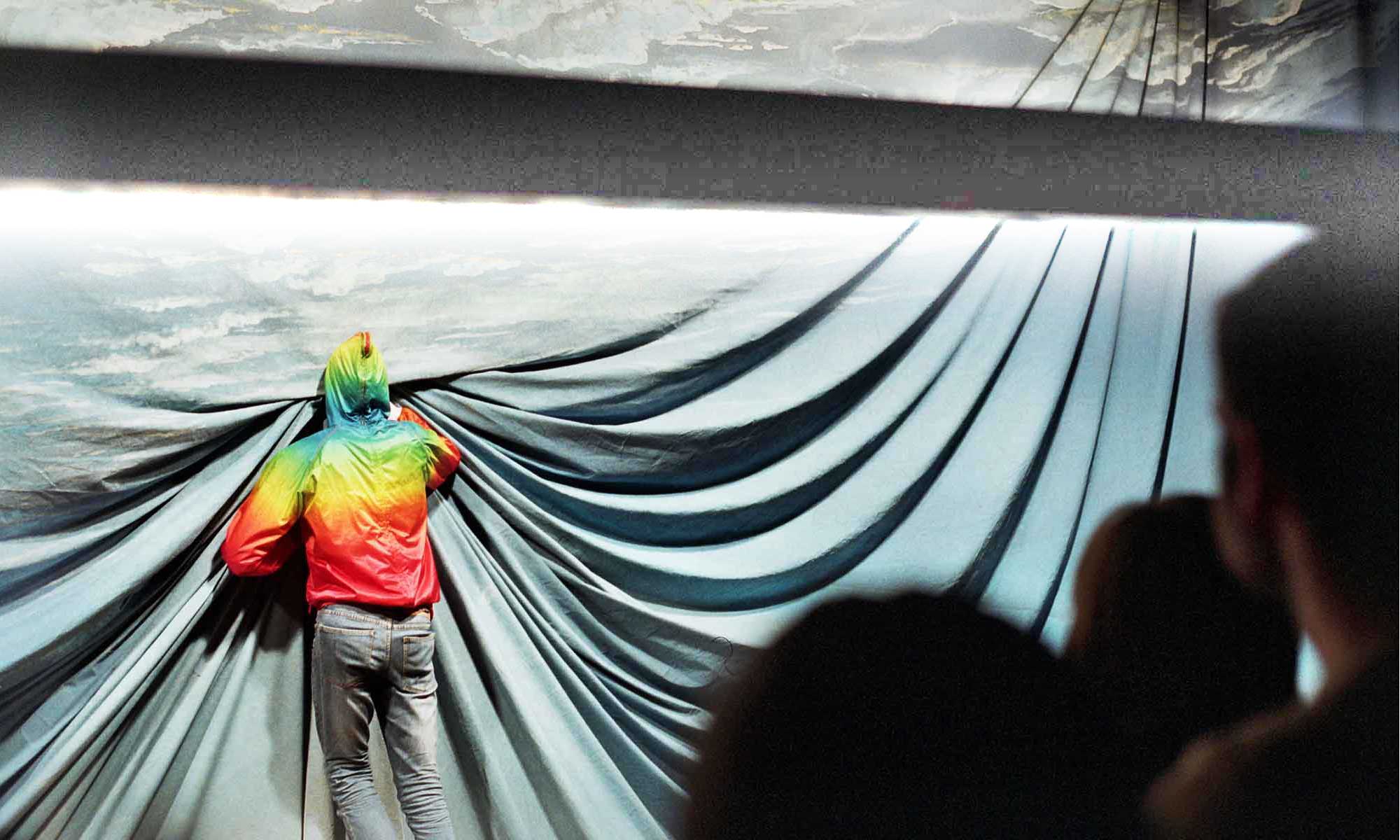 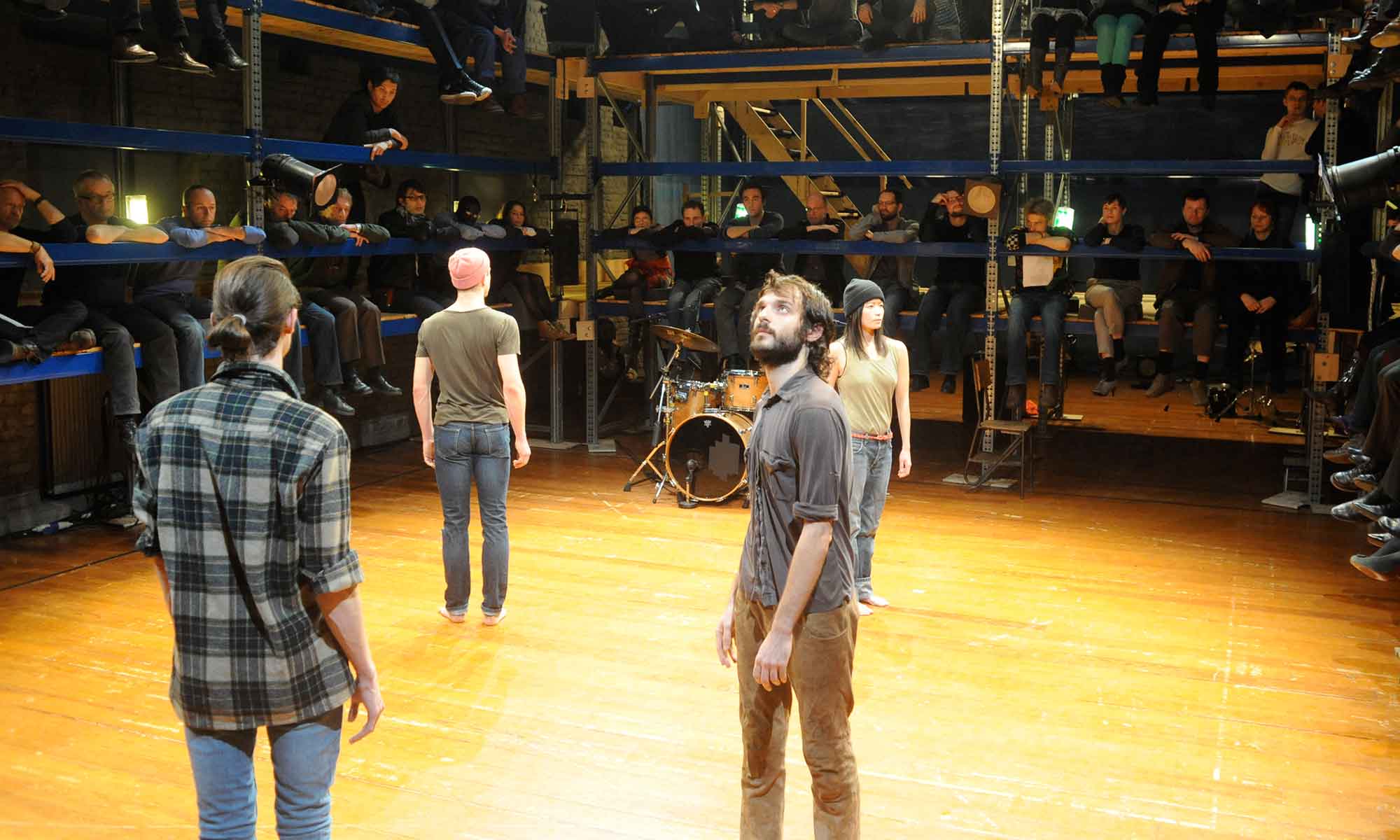 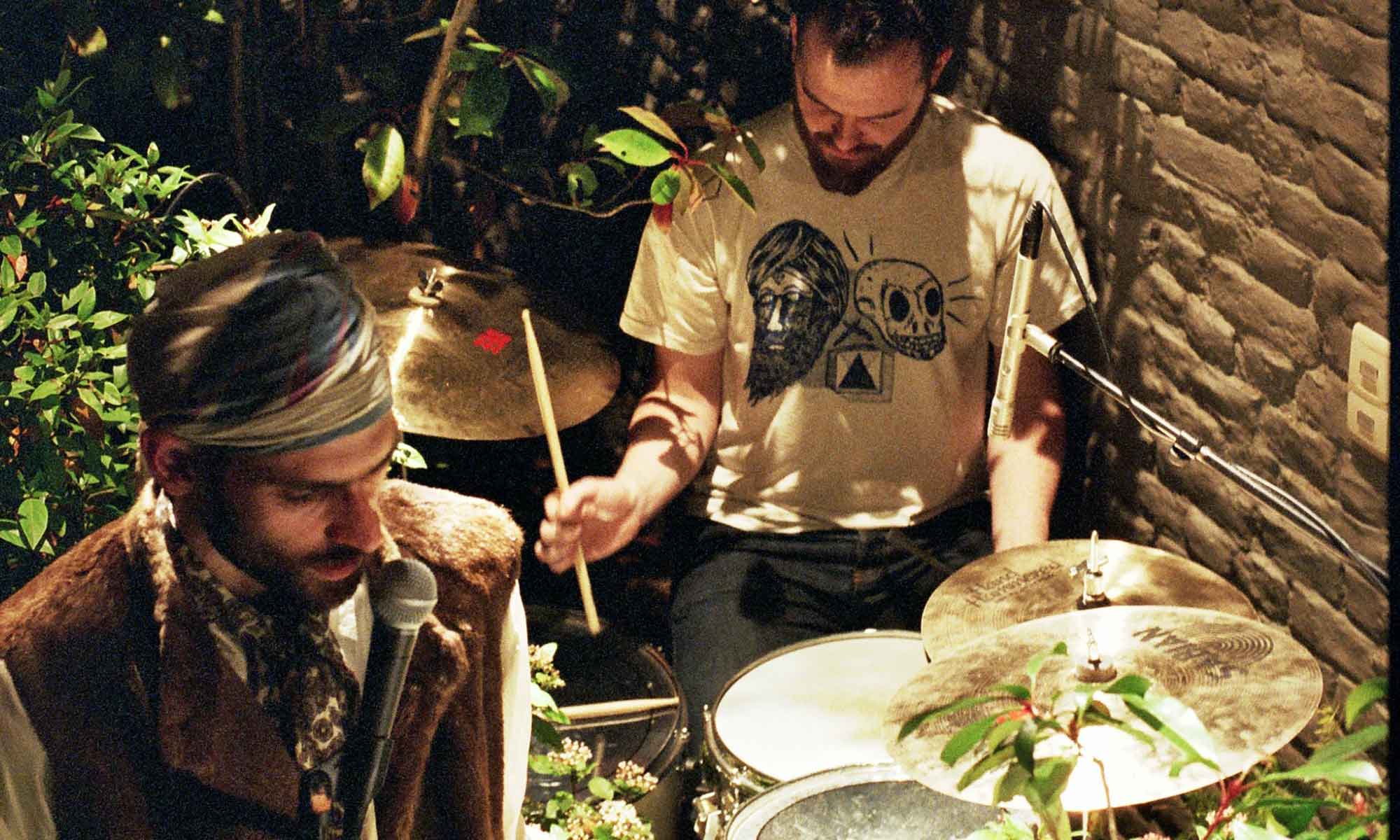 After the big group piece Do Animals Cry (2009), Meg Stuart returns to a miniature, to the studio, to the seed of artistic work – after all, the subtitle to this evening is "Seeds and Whispers". In Atelier, in the spatial sculpture designed by Jozef Wouters, she invites the audience to take a look at her artistic process from different perspectives; from above and close-up. For the first edition in Brussels 2011, she collaborated with poet Eric Green and musician Brendan Dougherty. Stuart shows raw movement studies and singular explorations; she develops fundamental work methods for her next production, VIOLET (2011). The audience witnesses the source investigation of energetic patterns and a study of alchemistic processes such as transformation and swiveling. The second edition of Atelier took place in June 2012 in Ostend (BE), the third in April 2017 in Brussels. 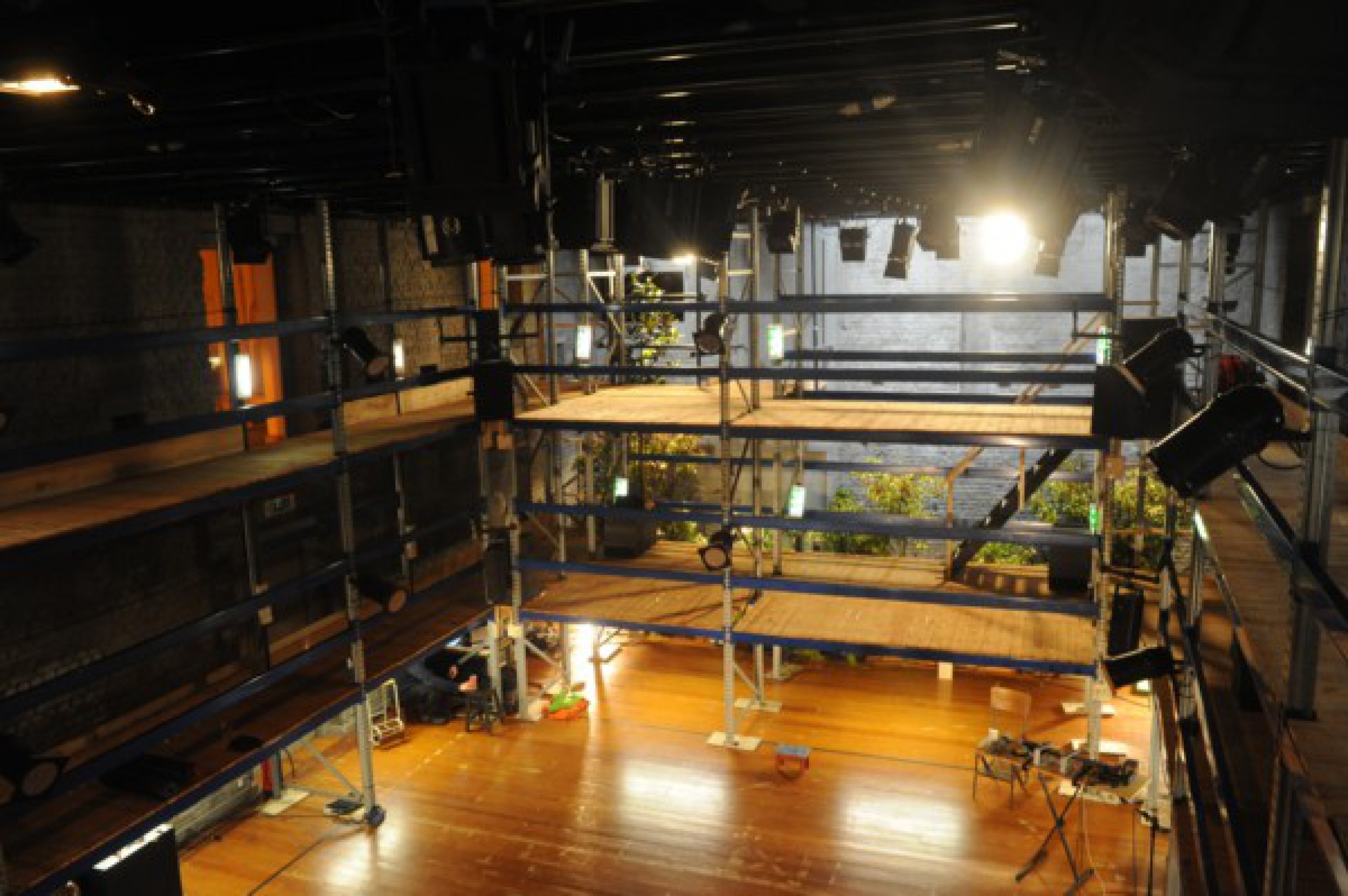 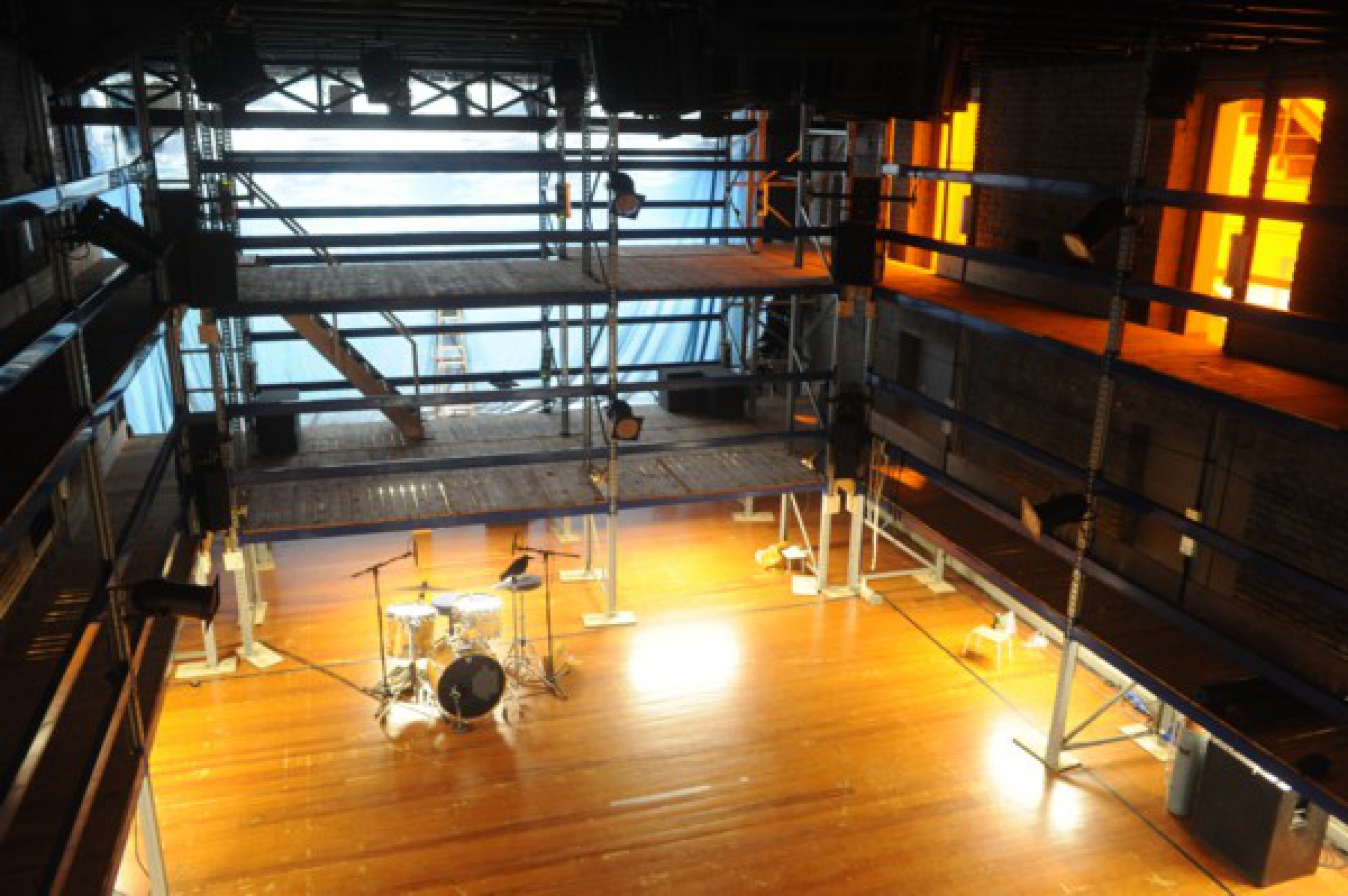 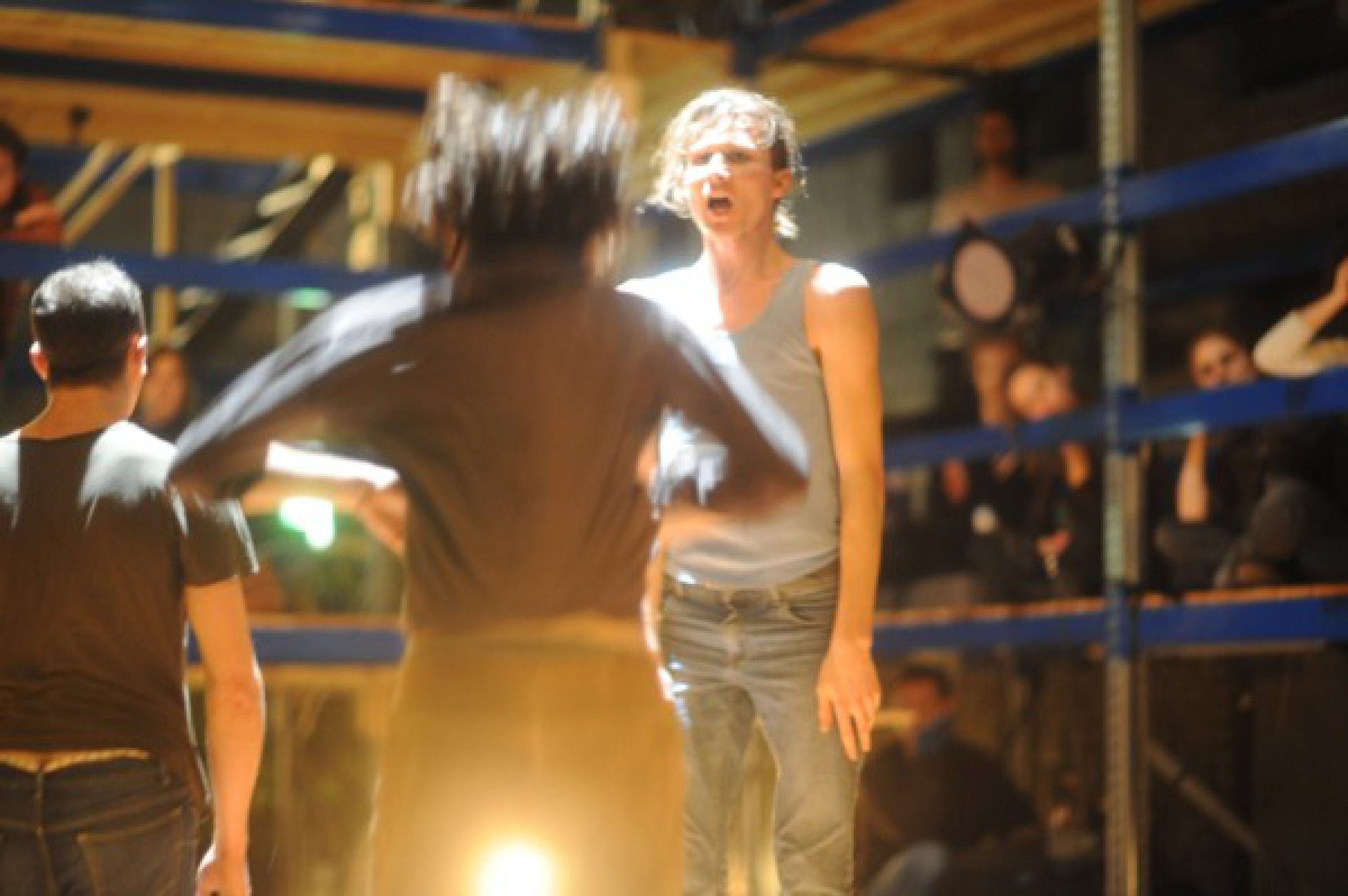 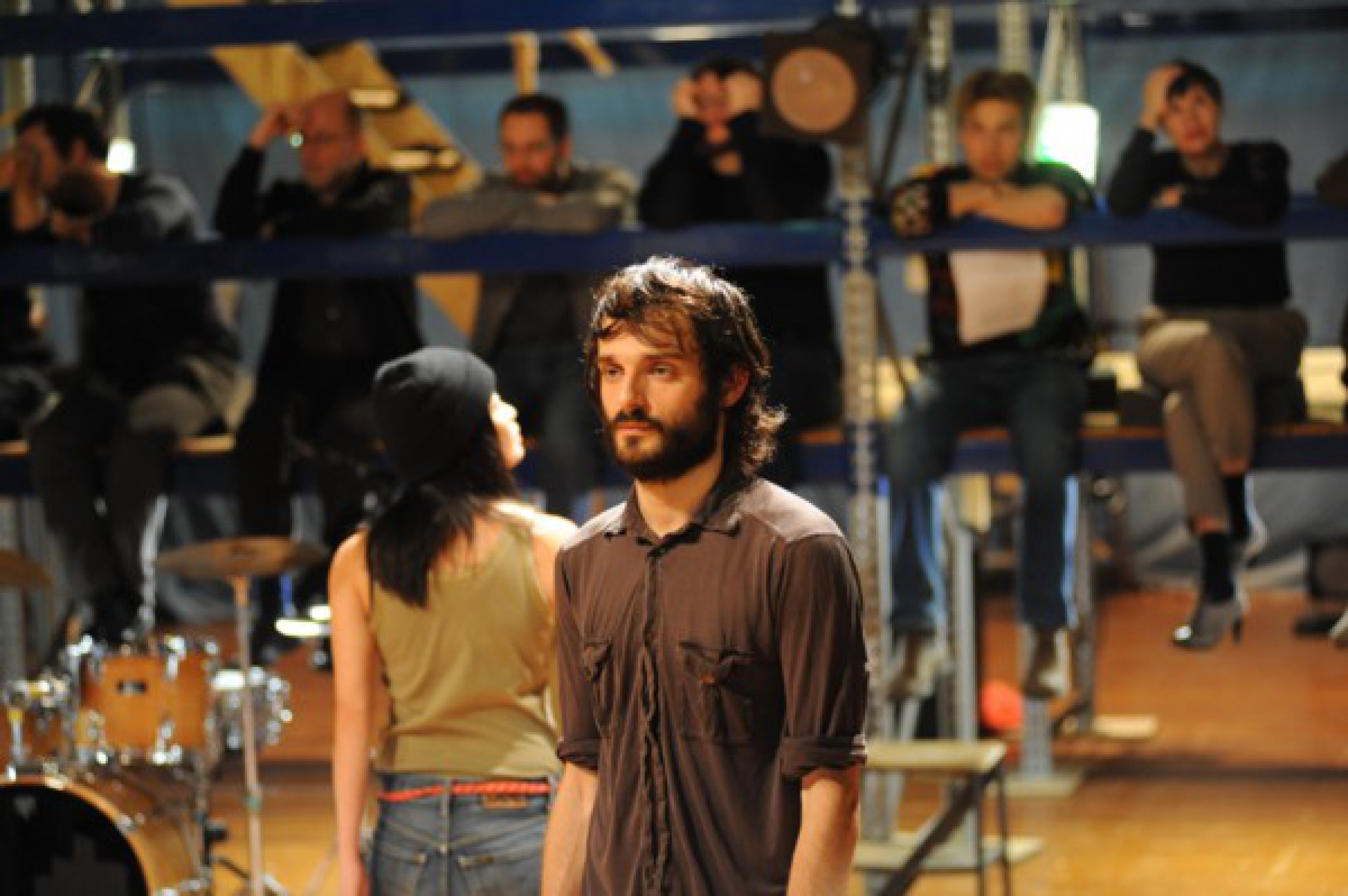 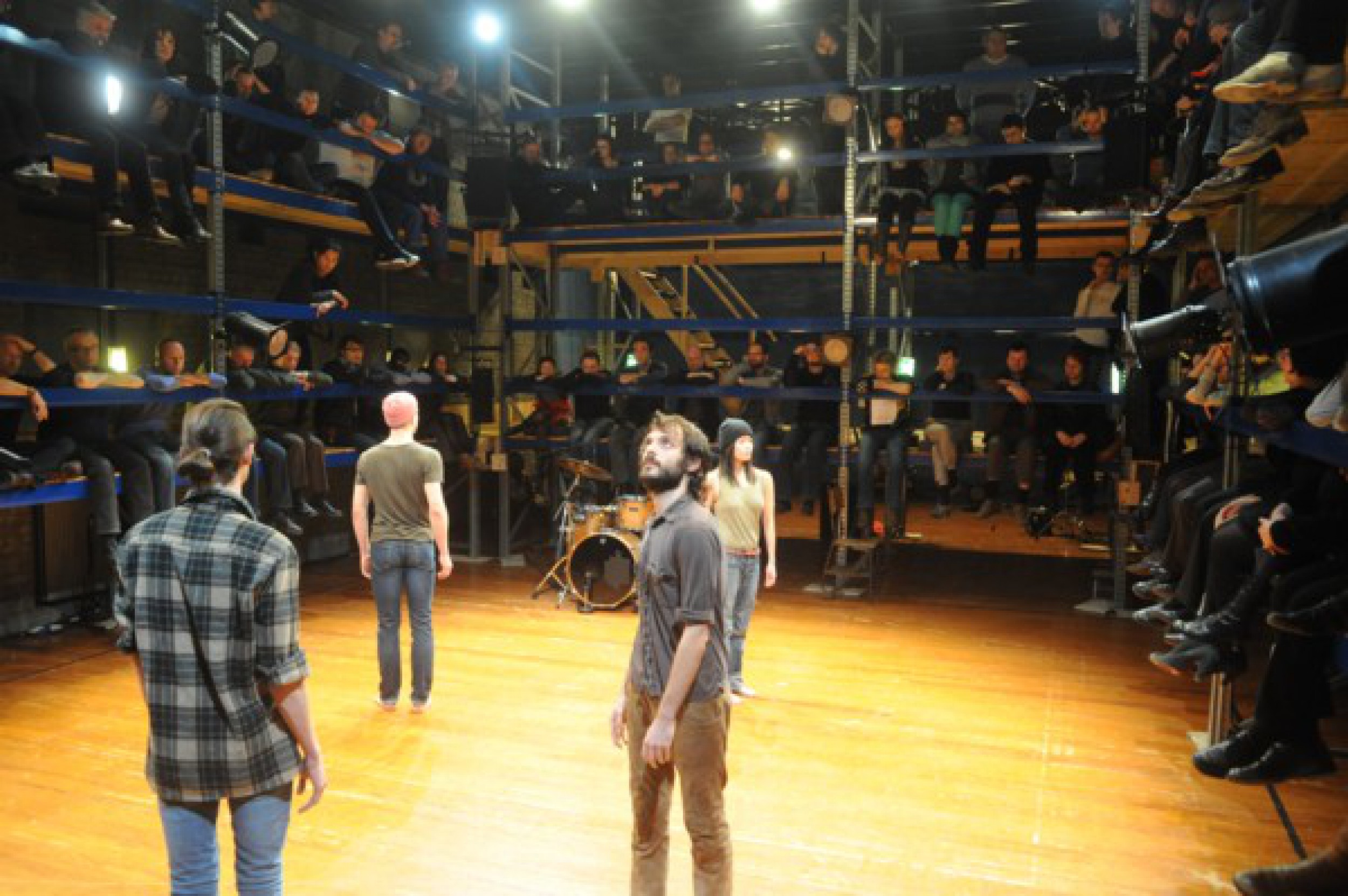 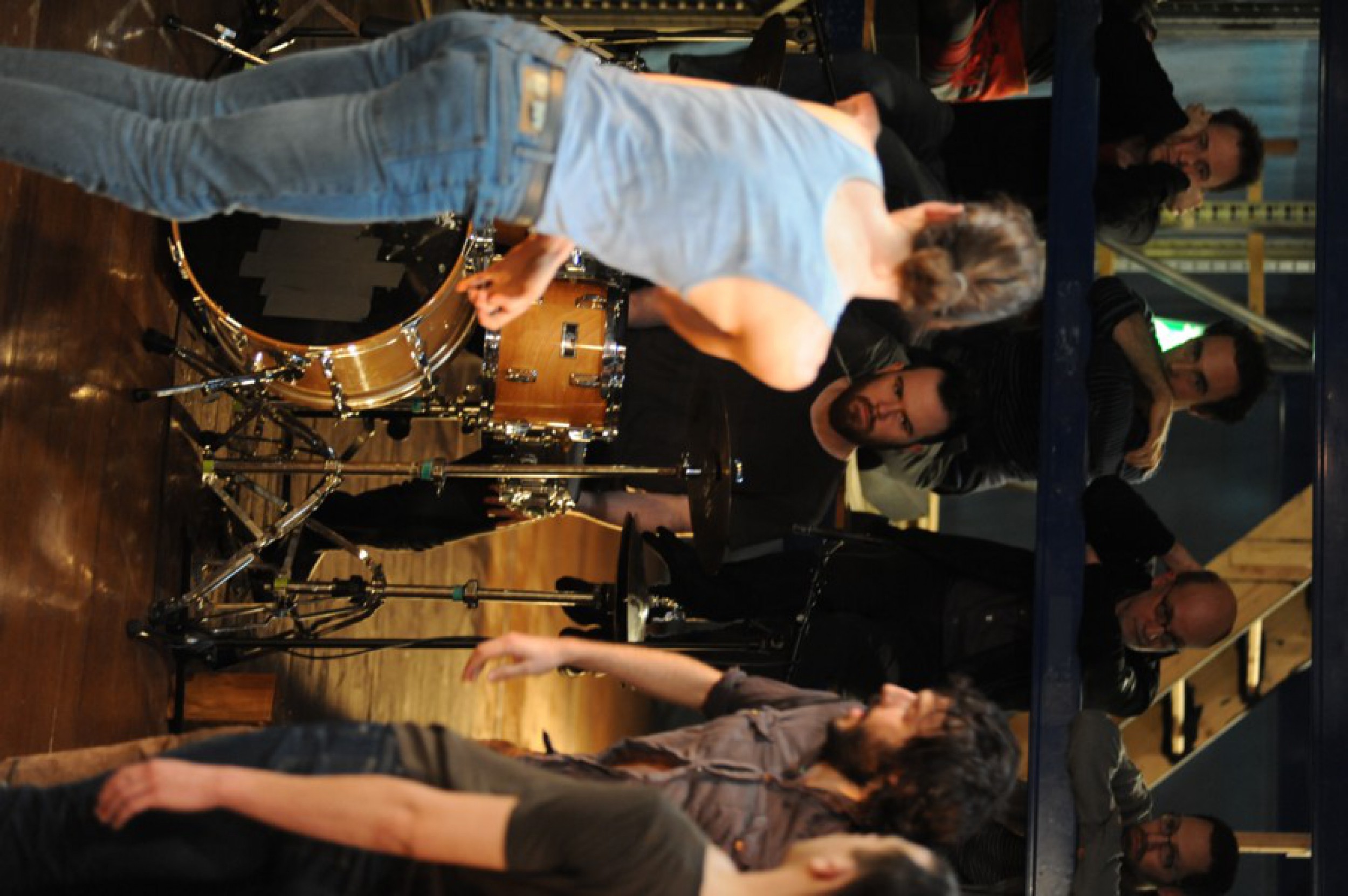