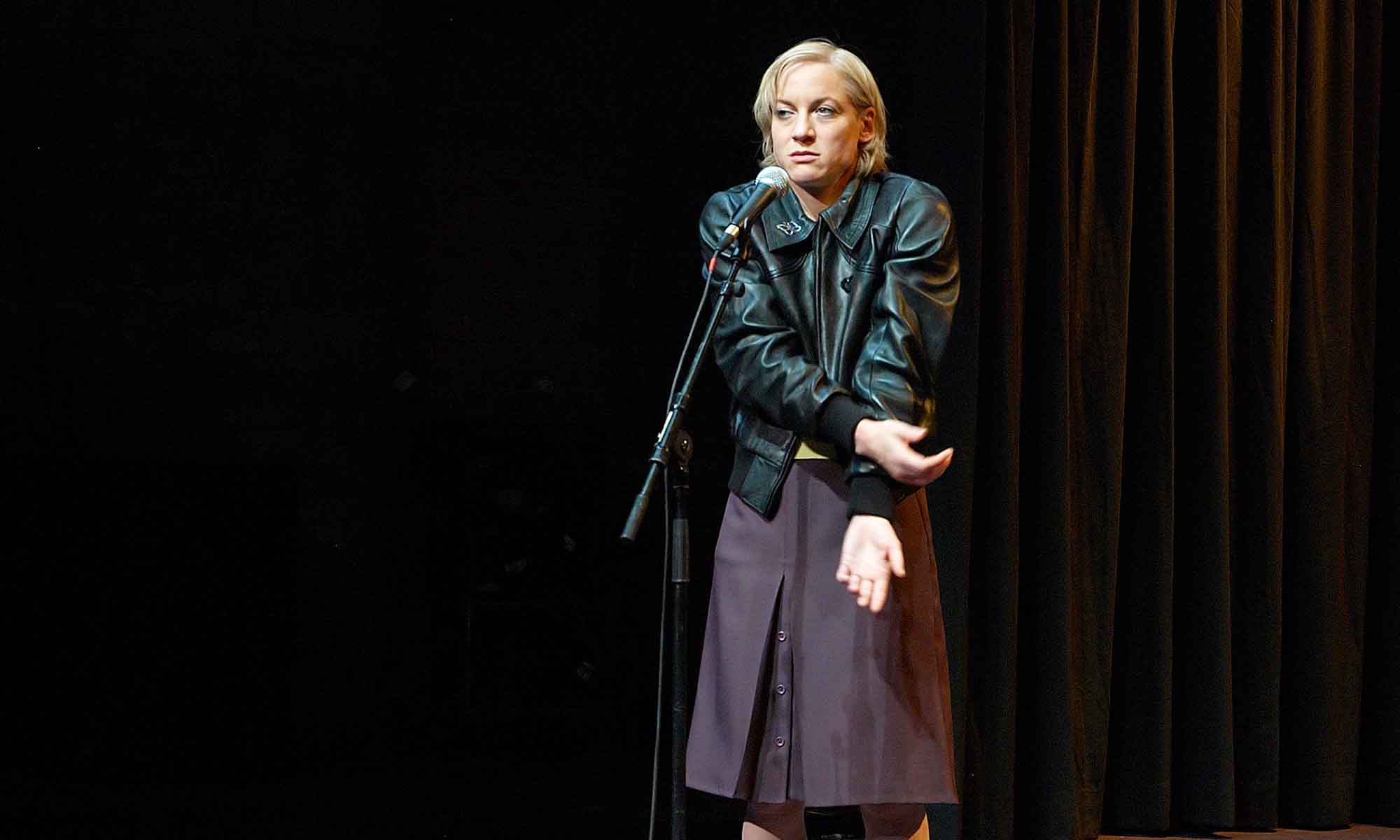 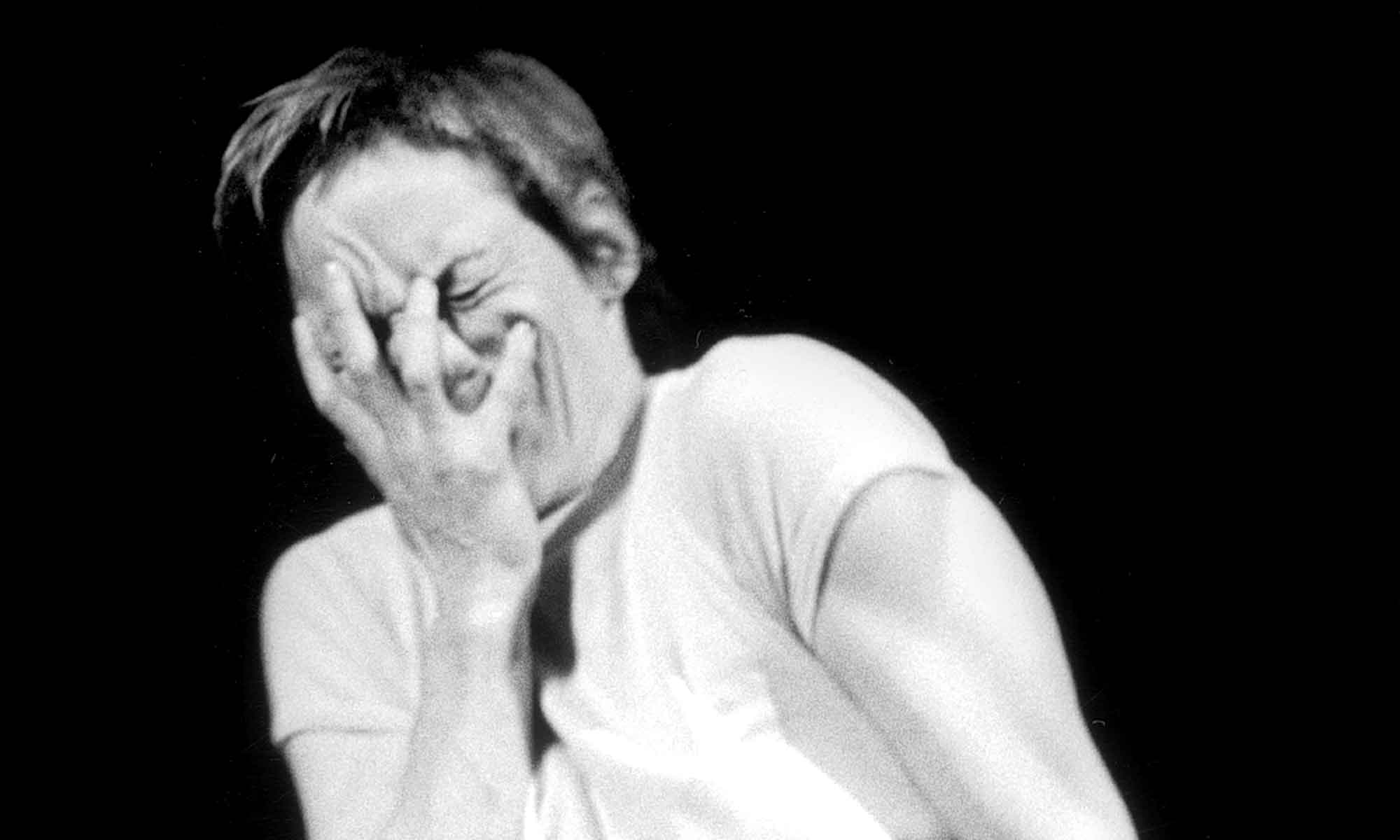 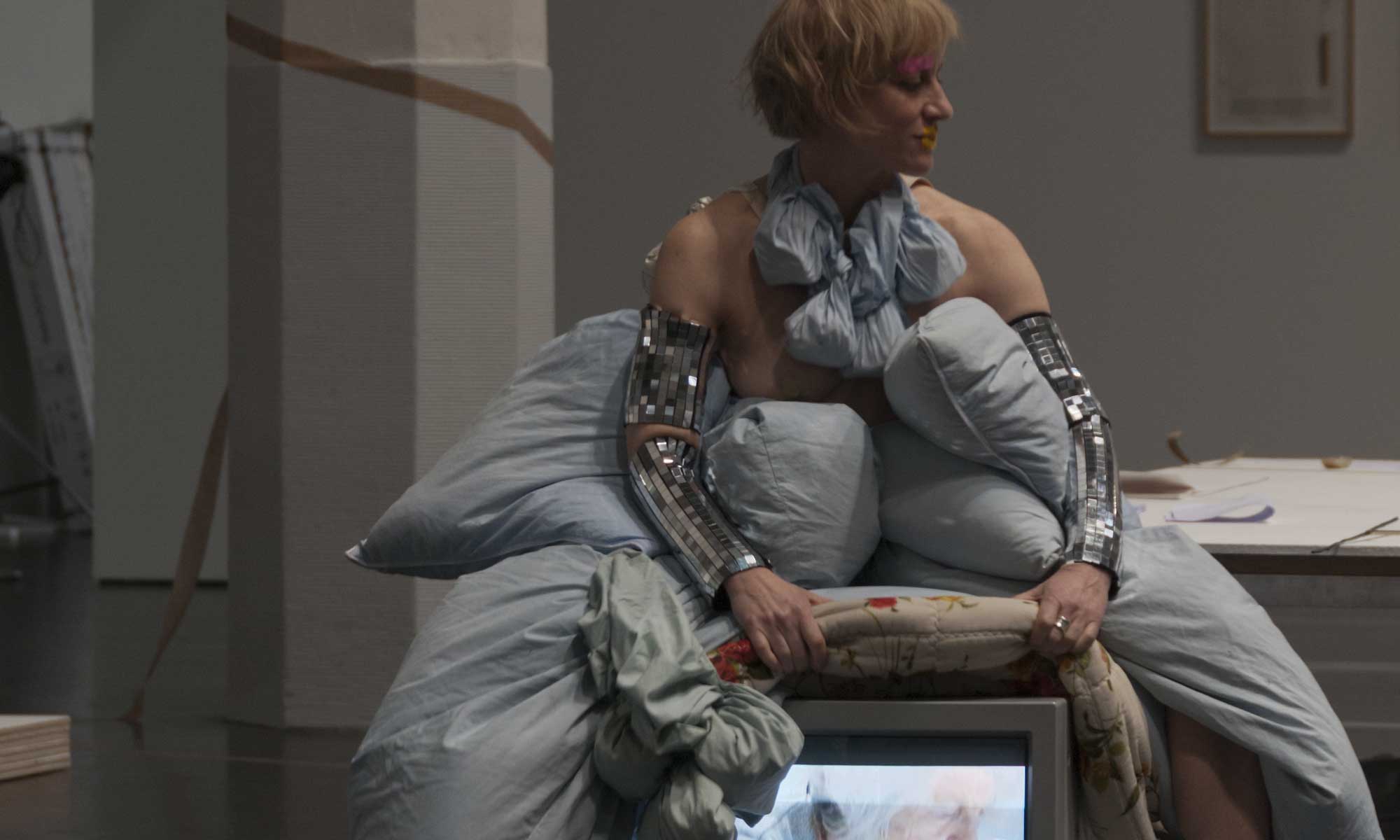 Meg Stuart, born in New Orleans, is a choreographer, director and dancer who lives and works in Berlin and Brussels. With her company Damaged Goods, founded in 1994, she has created over thirty productions, moving freely between the genres of dance, theater and visual arts. Her work is driven by a sense for experiment and artistic cross-pollination, challenging the limits of the body and expanding our perception of reality. She uses fictions and shifting narrative layers to expose the scripts that are written not only on our bodies, but also on the spaces and landscapes that we move in. Stuart’s work questions how we can rewrite these histories of ourselves and others not by looking back, but by harnessing the potential of the moment. Through her practice she explores dance as a way to transform the social fabric and gather communities.

A daughter of theatre directors, Stuart began dancing and acting at an early age. She moved often, following her mother’s work at different art institutes in the States. Her experience of being immersed in these environments – wandering the halls of California Institute of the Arts, for instance – deeply inspired her vision of what art could be. She made her first choreographic studies at the age of 15 and moved to New York in 1983 to study dance at New York University and at Movement Research. In these early years, she explored contact improvisation and release techniques and was actively involved in the downtown New York dance scene, working with Randy Warshaw among others. Stuart stepped into the European art field in 1991 with the creation of her first evening-length piece Disfigure Study, on the invitation of the Klapstuk festival in Leuven. Disfigure Study and her second piece, No Longer Readymade (1994) established themes which would stay relevant throughout her career, such as the fragmentation and reconstruction of the body. Residencies in Schauspielhaus Zürich and the Volksbühne in Berlin in the 90s and early 2000s consolidated her strong position in the German dance scene.

Stuart’s oeuvre ranges from solos and duets such as Maybe Forever (2007), Blessed (2007) and Hunter (2014) to large-scale choreographies such as VIOLET (2011), Celestial Sorrow (2018) and CASCADE (2021). Throughout her career she has always explored her own body as a site, performing regularly in her own pieces and side projects. Stuart nurtures lasting connections with a diversity of artists, challenging and disrupting her own practice by creating work in dialogue with others. This includes composers (a.o. Mieko Suzuki, Brendan Dougherty), visual artists (a.o. Claudia Hill, Jean-Paul Lespagnard, Jompet Kuswidananto), and theatre directors (a.o. Philippe Quesne, Tim Etchells).

Her work also takes on the form of multi-disciplinary installations, site-specific creations such as Projecting [Space[ (2017-2019), and video works, among which a recent commission for Haus der Kulturen der Welt’s CC:World (2020). In the book Are we here yet? (1st edition 2010, 2nd edition 2014, ed. Jeroen Peeters), Stuart reflects on her practice and oeuvre. A follow-up book spanning her career from 2008 to 2021 is in the making.

As a mediator and facilitator Stuart creates hybrid spaces where artists and dance professionals can share knowledge through practice. Perhaps the most radical example of this is her curatorship of the 2019 Tanzkongress – A long lasting affair in Dresden. In tandem with this event she and the choreographer Moriah Evans initiated a series of salons in, among other places, New York, Madrid, Bogotá, and Ouagadougou, questioning the current state of the dance field. Stuart practices improvisation as a strategy to explore body memory and physical or emotional states, and passes down her knowledge through regular workshops and master classes in- and outside of the studio. She and her collaborators have expanded possible contexts for dance through trailblazing improvisation projects such as Crash Landing (1996 – 1999), Auf den Tisch! (2004-2011), and, together with Maria Scaroni, City Lights (2016). Since 2016, she and Mark Tompkins have engaged in an ongoing research on real-time composition, comprising a book, workshops and performances under the title ‘One Shot’.

Meg Stuart’s work travels the international theatre circuit and has also been presented at Documenta X in Kassel (1997), at Manifesta7 in Bolzano (2008), and at PERFORMA09 and MoMa (2013) in New York. She has received several awards in recognition of her oeuvre, among which the Golden Lion for Lifetime Achievement at the Biennale di Venezia in 2018, and a Bessie Award in 2008, as well as the Deutscher Tanzpreis (2018), the Grand Prix de la Danse de Montréal (2014) and the Konrad-Wolf-Preis, awarded by the Akademie der Kunste in 2012. Meg Stuart/Damaged Goods has an on-going collaboration with Kaaitheater in Brussels and HAU Hebbel am Ufer in Berlin. In 2023-2027 she will be artist in residence in Kunstencentrum VIERNULVIER in Ghent (BE). 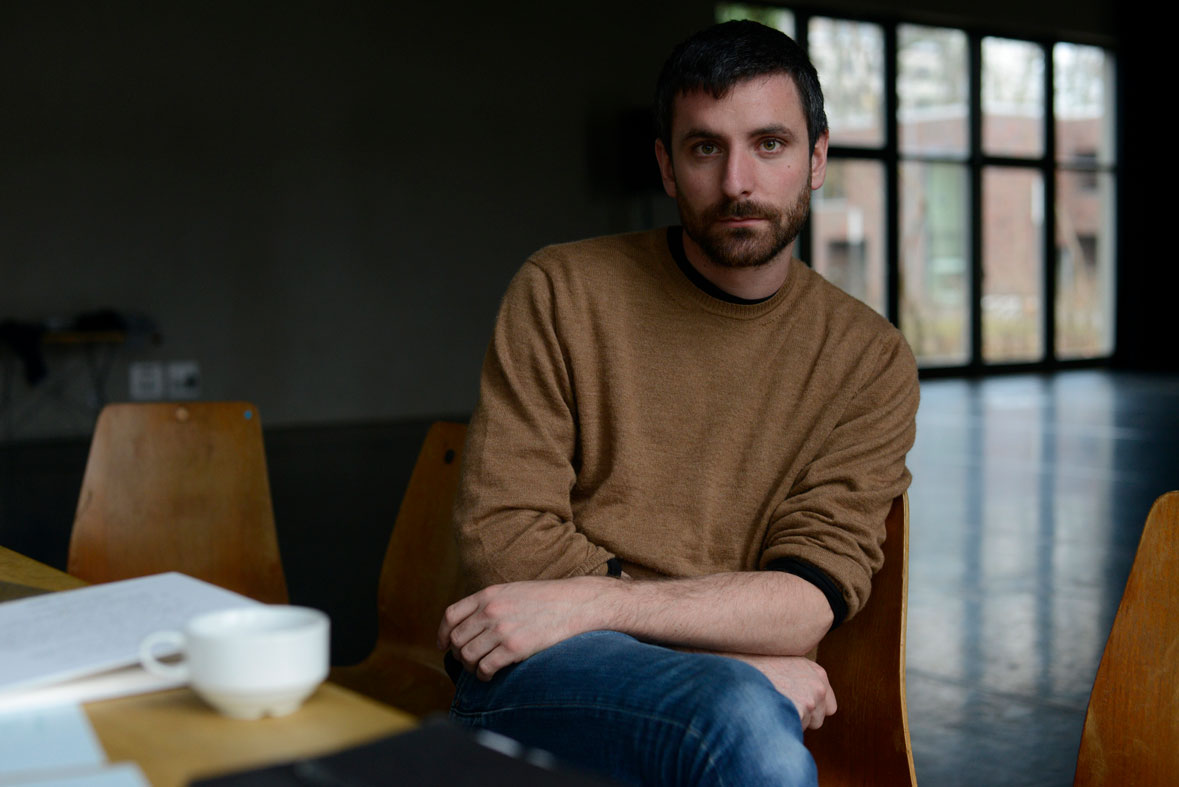 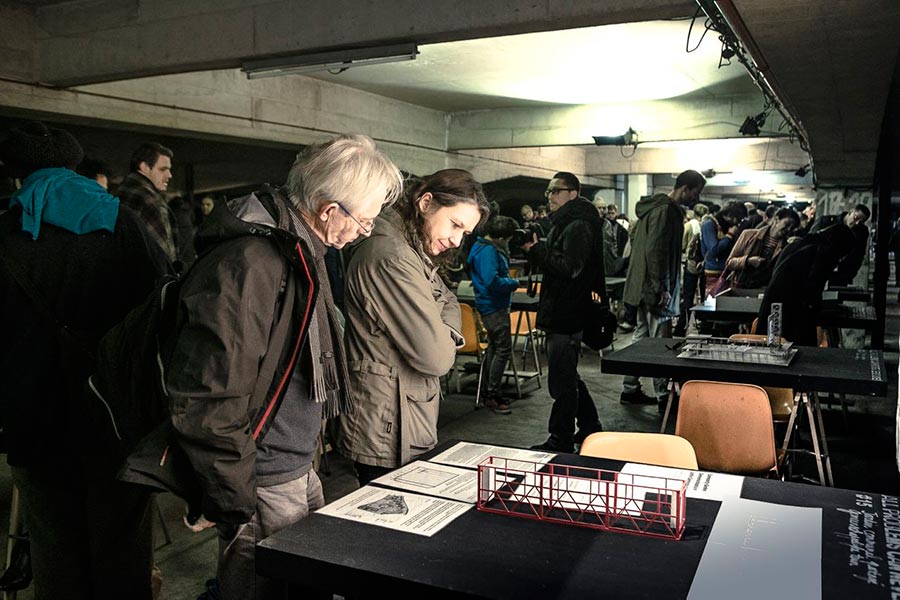