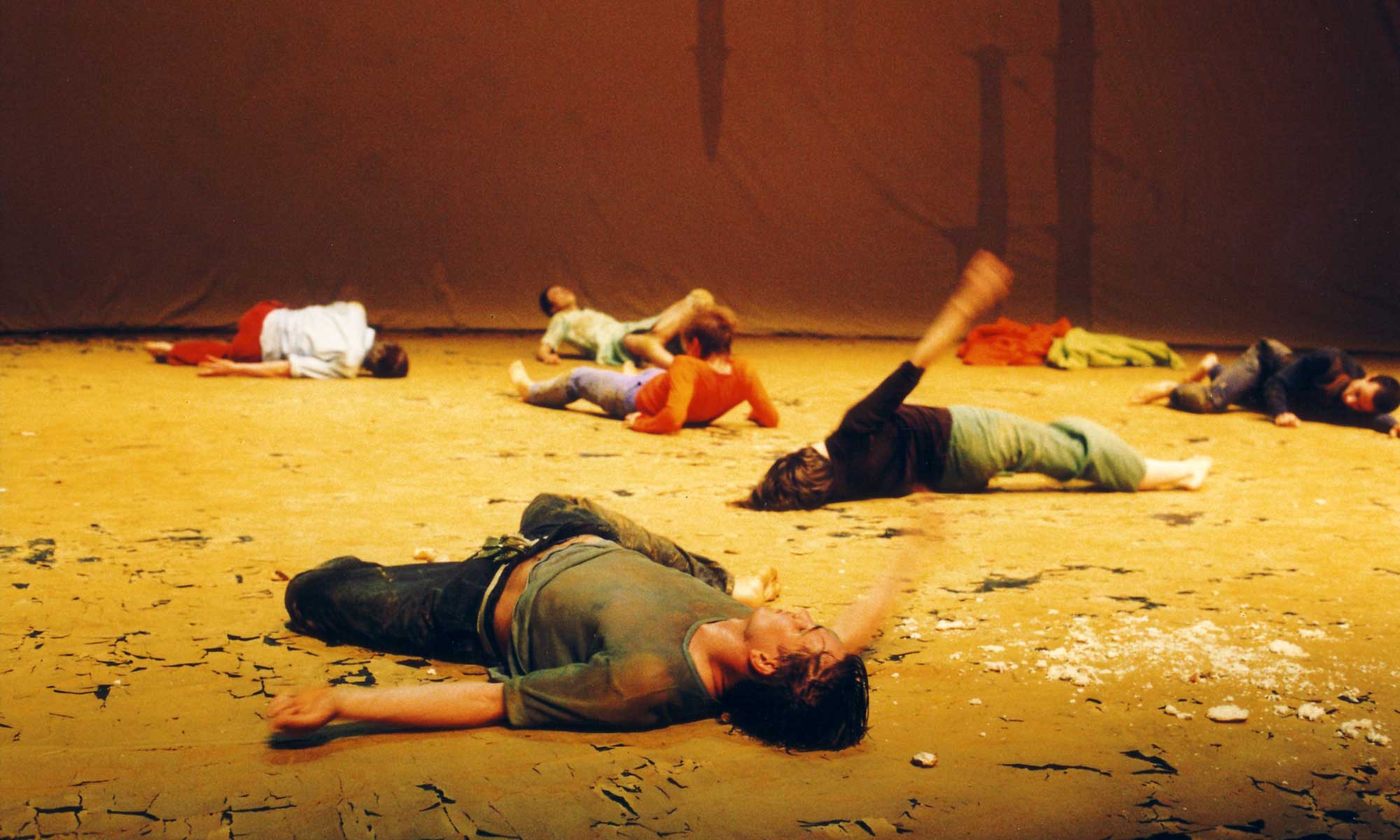 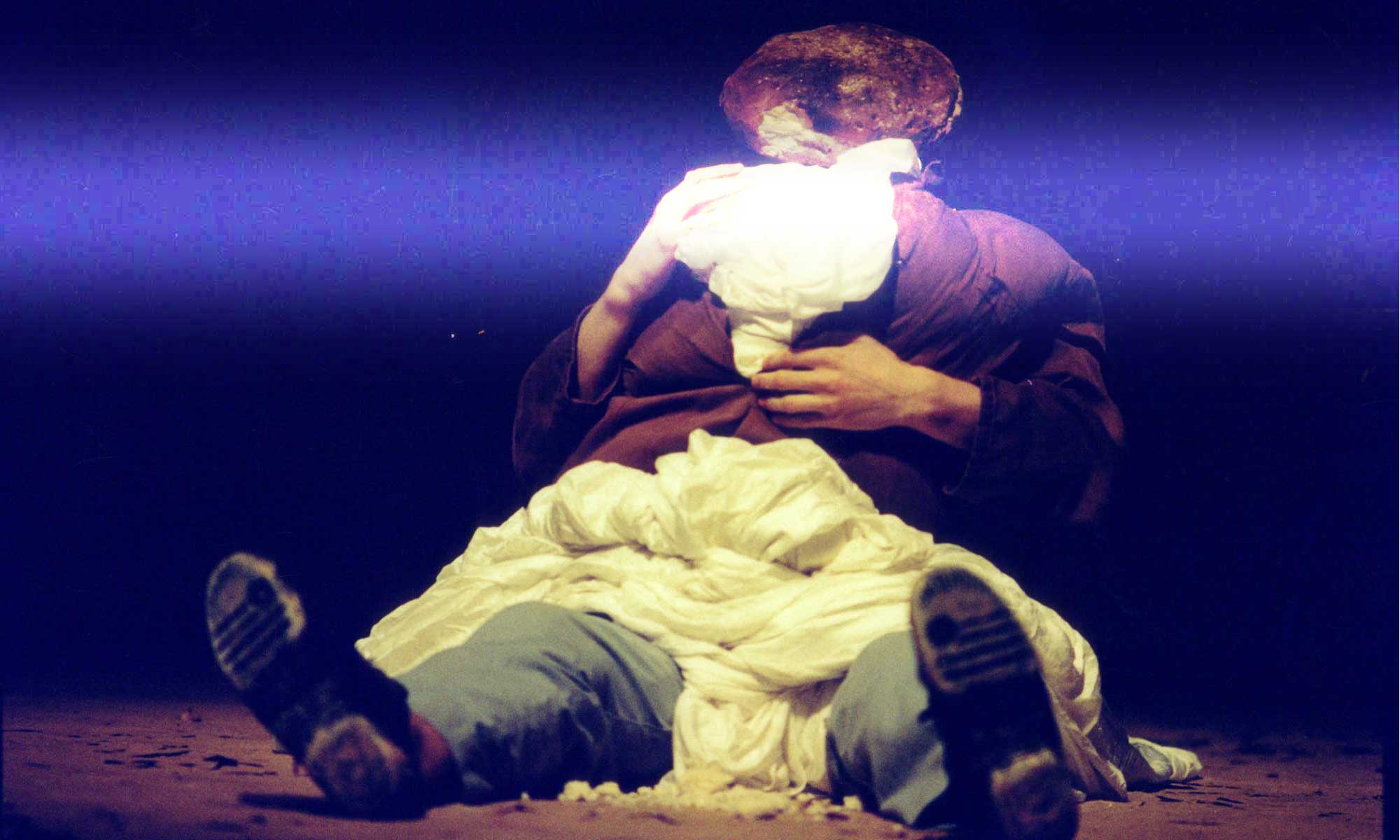 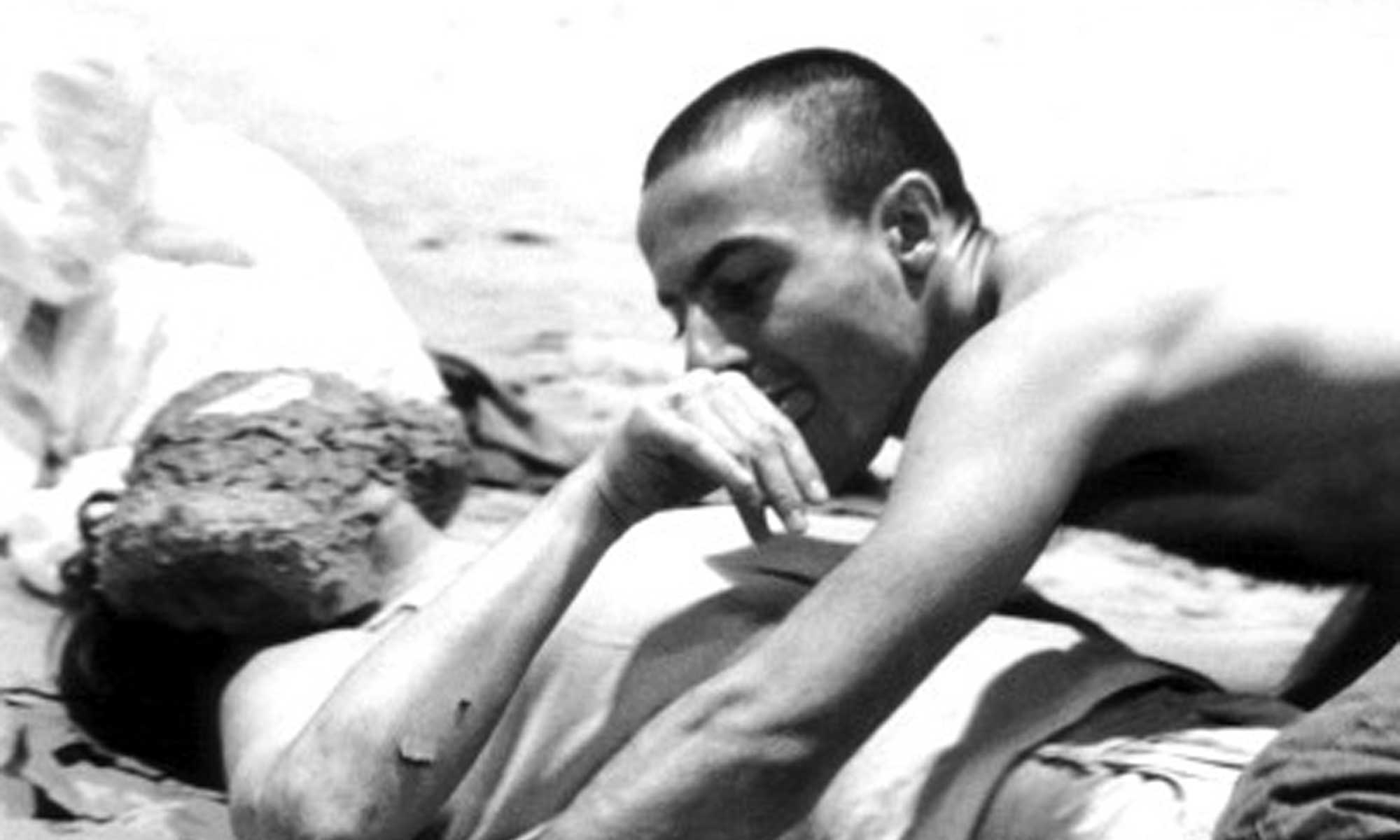 The interchange of inside and outside surfaces requires not the literal reversal of bodily linings but the making of what is originally interior and private into something exterior and sharable, and conversely, the re-absorption of what is now exterior and sharable into the intimate recesses of individual consciousness. - Elaine Scarry, The Body in Pain, p. 284.

Our collaboration began with the twin desire to create a work that extends out of the experience of being a physical body. A body that inherits the simultaneous and opposite conditions of being always an interior and exterior, a container and a contained, and exists between the twin desires to be both solitary and to be part of a group.

Our greatest bodily sense is touch. Our skin - first medium of communication and our most efficient protector - is a cloak that gives us knowledge of depth, thickness and form. While our skin may be perceived as the organ that stands between form and formlessness, prodding it contains the desire to be immersed or absorbed. We are creating a haptic work in which the space and the body are considered as membranes, which peel, leak and moult. The space and the body mark and absorb each other.

In this work the space between bodies is filled, pressed, rubbed, plied and slapped in a sense that takes both meanings of the verb to cleave. Necks twine between embrace and suffocation, fists separate to become fingers, the tender underbellies of the body become exposed. The desire to shed one's gravity into the folds of another body or into material excess allows a momentary sense of lightness. To abandon one's weight may be to share the burden of being a body.

The tension between the voluntary and the involuntary hovers between the tenderness of touch's recognition and the antics of play. The animate and the inanimate transform as the body meets the object in an embrace with the audience. 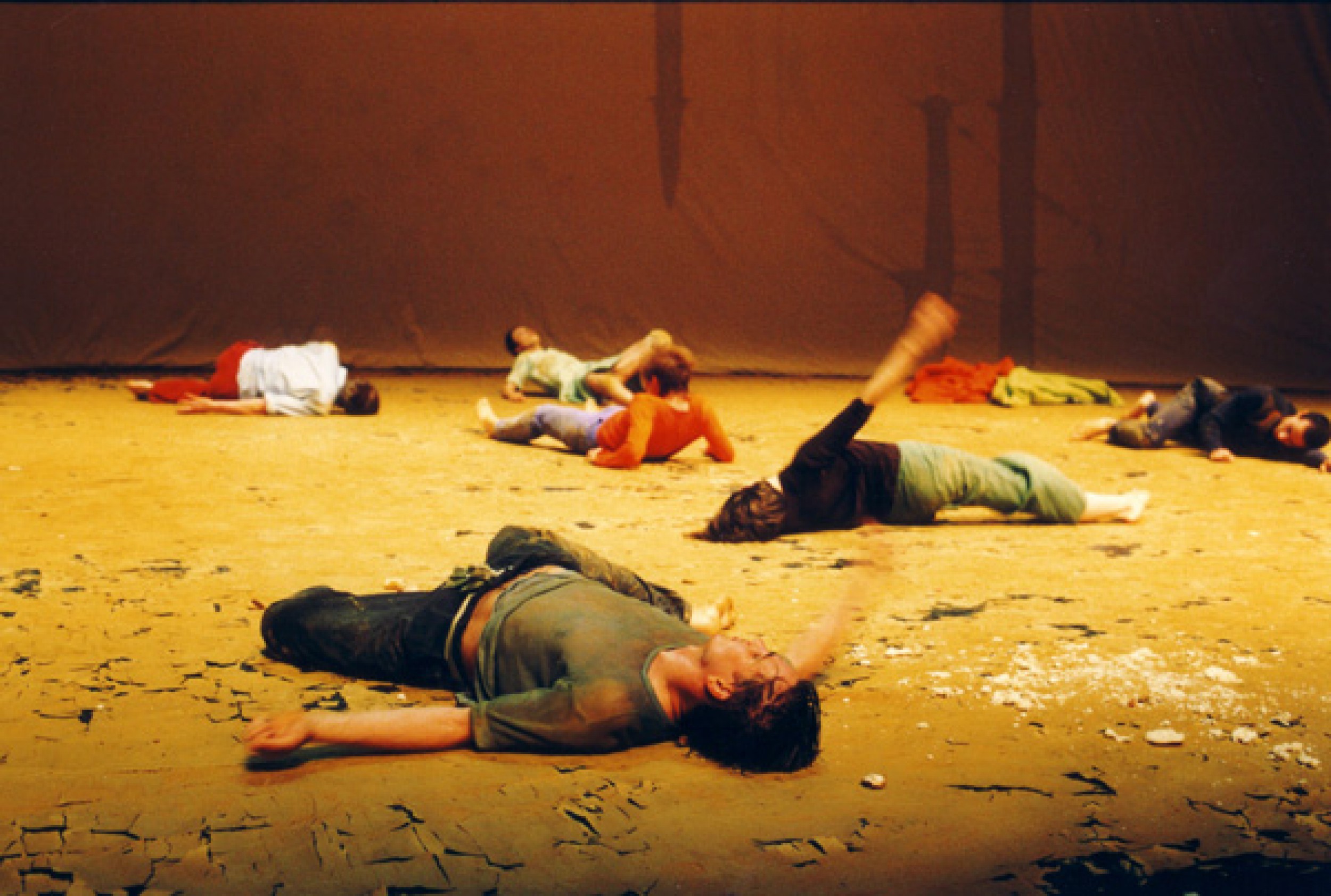 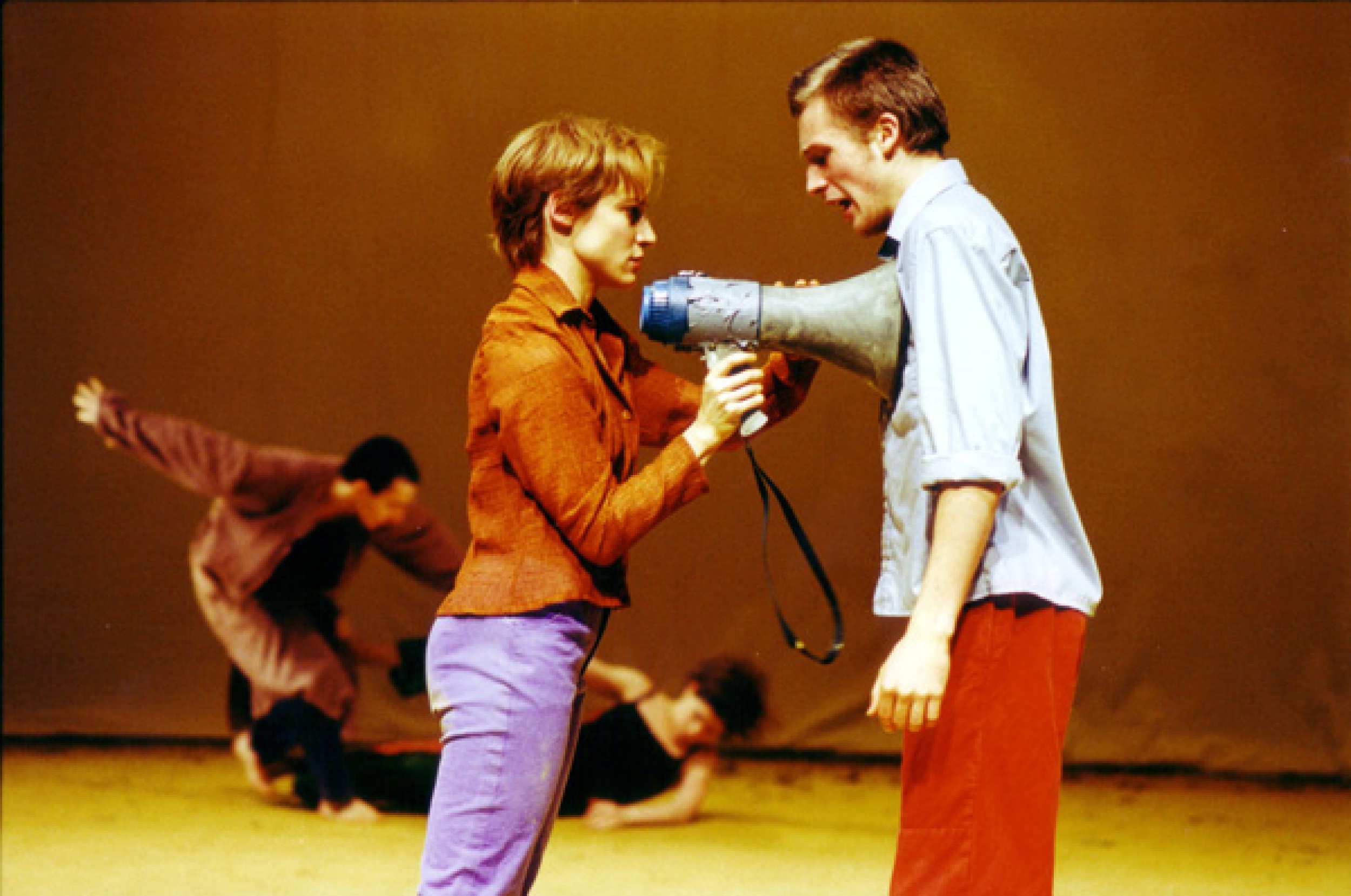